Welcome to Patagonia, this is website with useful and interesting information for traveling or getting to know impressive places in Patagonia and much more.

The purpose of this blog is to write about travel experiences, but we also want to provide a service to the traveler (in English and Spanish) offering guides and useful and accurate information.

Not only that, in addition to highlighted sections, our purpose is to tell interesting and sometimes little-known facts about Patagonia. We will be writing about the Patagonia history and the travelers and explorers from all over the world who boarded a ship to defy adversities, which were many, and live the adventure of their lives.

If you like our site too, we ask you to help us grow and maintain it by making donations through Paypal using different payment methods.

As we said, you are invited to participate by sending your travel story, joining our social networks where you will find additional and complementary material to take advantage of the interactive possibilities of each network: we have accounts on YouTube, Instagram, Facebook and Twitter.

You can also contribute with your comments within each article directly using your Facebook account or write us suggestions on the topics covered.

Patagonia is an extensive geographical, historical and cultural region located at the end of the world, which is the southernmost tip of South America, encompassing the territories of Argentina and Chile. The Argentine Patagonia comprises the south of the Colorado River, including the archipelagos of Tierra del Fuego and the Malvinas Islands. While in Chile it is considered that Patagonia begins from the Araucanía Region (geologically in the Huincul Fault to the south).

The imposing Andes mountain range marked the boundary division between the two countries and between their peoples, especially in times of carts and horses, for example José de San Martín considered <Father of the Nation> carried out an arduous campaign to cross the Andes Mountains with his troops in order to free neighbor countries from colonial rule.

This natural division of the mountain range also presents a very marked climatic and biological difference in the Patagonian region. Specifically, to the west from the Andes mountain range to the Pacific Ocean coast, the climate is humid, where forests predominate, on the other side to the east of the mountain range, there is the so-called Patagonian plateau, reaching the ocean coast. Atlantic with a desert climate and steppes or bush with shrubs.

According to the latest censuses, the population of the vast region is estimated at only 2.7 million inhabitants. The main economic resources are tourism, livestock, fishing, oil and natural gas.

Unique Landscapes in the world

Los Glaciares National Park is the first Argentine National Park declared a World Heritage Site for its incredible natural beauty, scientific interest and its fauna in danger of extinction. We tell you its history, places to visit and Activities to do along with recommendations to visit the National Park, means of transportation. In addition to information about the climate, animals and nature.

A special article is dedicated to the majestic Perito Moreno Glacier, which is located within the Los Glaciares National Park and produces one of the most impressive natural spectacles in the world, when large pieces of ice fall due to the effect of the advance of the glacier on the waters of the lake. . It is one of the most important tourist attractions in Patagonia. Do not miss the exciting travel story to the Perito Moreno Glacier, told by one of our readers, Gabriel Perrotta. “Our Trip to Los Glaciares”

Discovery of Patagonia and famous travelers

The discovery of Patagonia causes some controversy, Americo Vespucio is often mentioned as discoverer, he was a Florentine merchant, explorer and cosmographer, who participated in several exploration trips to the so-called new world, continent named America in his honor. 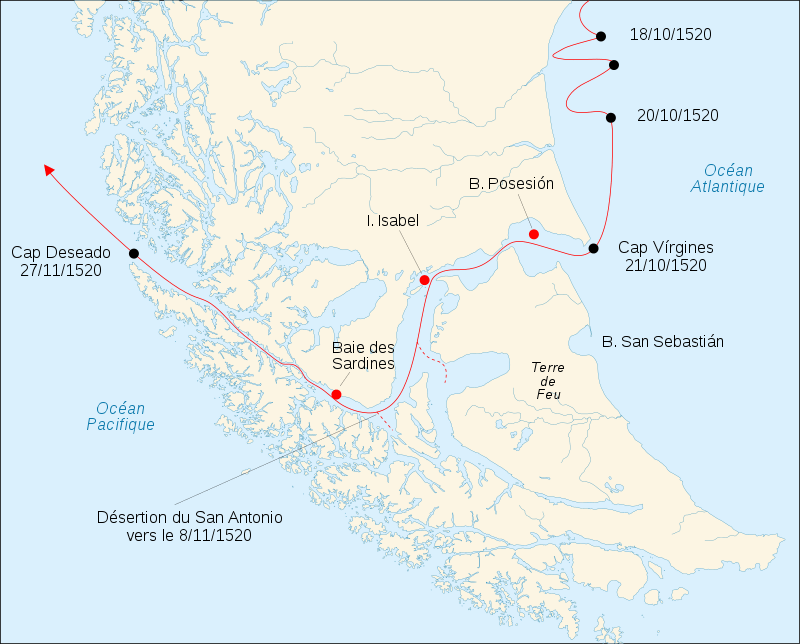 Fernando de Magallanes, also known as Hernando de Magallanes, a Portuguese military explorer, was undoubtedly the one who named the natives as “Patagones”. In 1519 he led the ill-fated expedition where he discovered the natural channel that today receives the name of “Strait of Magellan”, being the first crossing from the Atlantic Ocean to the Pacific Ocean.

Magallanes died before finishing the expedition, which turned out to be the first round the world, and was completed by Juan Sebastián Elcano, who arrived to Spain in 1522 and returned to Patagonia in 1525 to explore what is now called Puerto Deseado, Santa Cruz and Río Gallegos.

In short, the history of the arrival of the first European sailors to the shores of Patagonia is full of unknowns, since the testimonies that come to us from those times do not abound in details and contain inaccuracies and contradictions that feed various theories. Patricio Donato Researcher at CONICET and fan of the history of Patagonia, wrote an excellent article called: “The search for an elusive passage and the disappearance of an imaginary river” 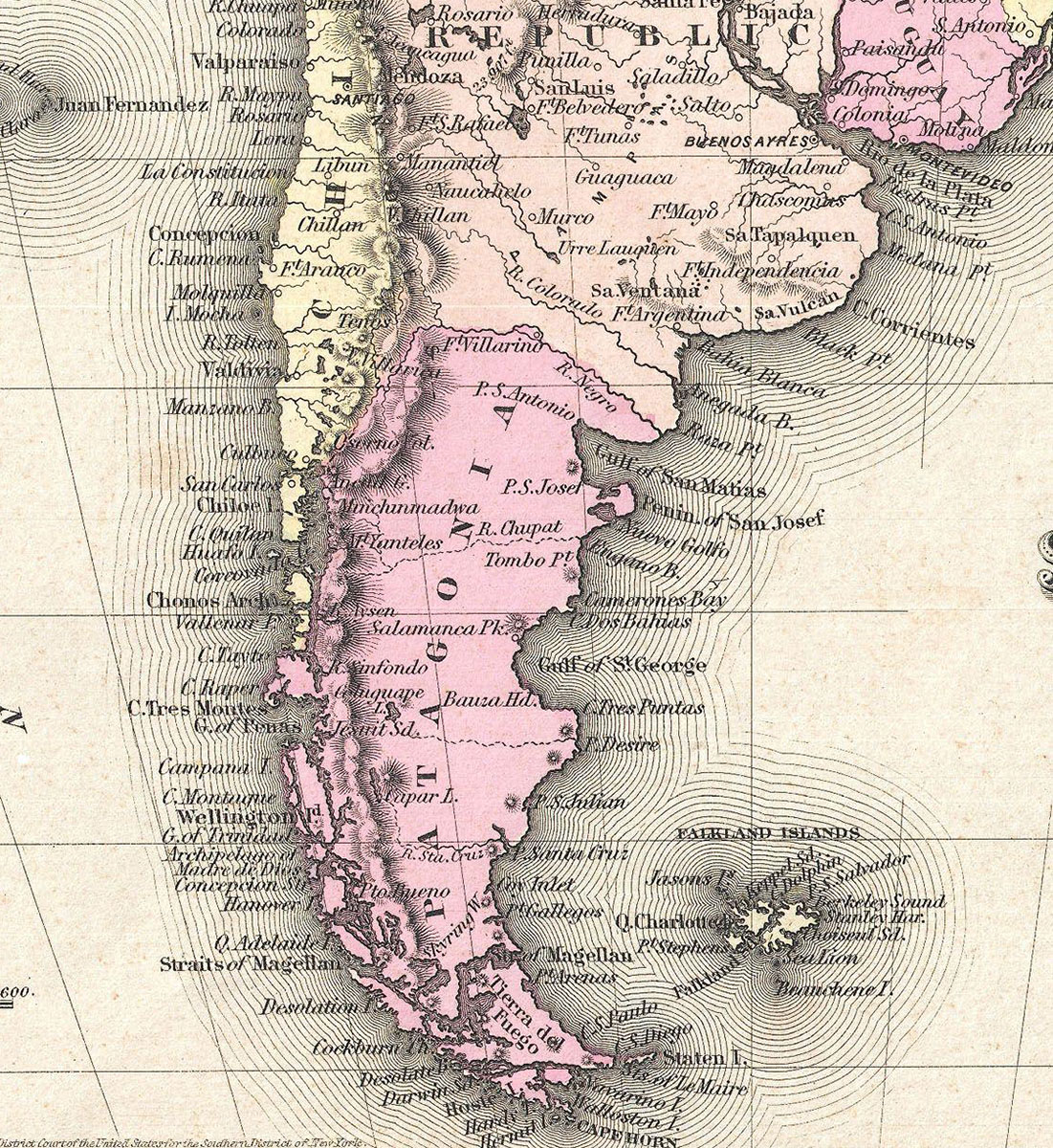 In Tierra del Fuego, the interaction with a group of natives was apparently where Darwin began to think that there was no insurmountable difference between animals and people, to later develop the theory of evolution.

A group of natives educated in England to be missionaries, Darwin found friendly and civilized, unlike the other natives, (uneducated) whom he described as miserable savages. Thus he drew a parallel between “wild” and educated people and wild and domestic animals.

As an interesting note, it can be mentioned that the mission was finally abandoned and one of the educated natives, Jemmy Button decided to stay and live among the “savages”, he got married and said he never wanted to return to England again.

Antoine de Saint Exupéry, the famous author of The Little Prince, in addition to being a writer, was an airplane pilot and director of the Aeroposta Argentina company, a subsidiary of Aéropostale, his mission in the company was to organize the flight network, therefore, he was another traveler famous who toured Patagonia and we will tell his story.

In recent months, several important discoveries have been made that have been published in journalistic media around the world. We tell you the details, the words of the researchers and why Patagonia was the Land of Dinosaurs. We also publish important information to visit the main Dinosaur museums in the province of Neuquén. On the other hand, we share an excellent article written by Dr. Patricia Sruoga Researcher at CONICET and geologist at SEGEMAR that has the perfect combination of scientific rigor, personal experiences and feelings. It is a pleasure to read it, do not miss it. “Jurassic Park in Southern Patagonia”.

This is to mention just a few examples, perhaps the most famous, but without a doubt there are many interesting stories to discover together in this blog.

We invite you to join us in this adventure … Welcome to Patagonia !!