Ushuaia “the southernmost city in the world” is the capital of the Province of Tierra del Fuego, Antarctica and the South Atlantic Islands, it has a very particular geography that offers the visitor unforgettable landscapes with the union of lakes, mountains and valleys, along with a wide range of activities to do during all year.

Due to its latitude 54 ° South, the city has the peculiarity of the longest night in winter and the day with the greatest amount of daylight during summer. The inhabitants of the city are called “ushuaienses”

The competition to be the southernmost city in the world

Ushuaia has a population of 75,000 and has been presented for years as “the southernmost city in the world” by different official departments, such as Argentina’s Secretary of Tourism, which mentions the slogan in websites and official documentation. However there has always been a dispute with Chile for that advertising title at an international level, since the Chilean city of Punta Arenas, with more inhabitants than Ushuaia also used that slogan, but it is clearly further north than Ushuaia and you can see that on any map. However, with an administrative procedure, the discussion seems to have been settled against Ushuaia when in May 2019, the National Institute of Statistics of Chile modified the regulation to consider a town as a city, “those urban centers with more than 5,000 inhabitants , except those that meet the political-administrative characteristic of regional or provincial capital “, this last point changed the name of the small Chilean town of Puerto Williams, located a little further south than Ushuaia, thus becoming the southernmost city in the world.

The name Ushuaia means ‘deep bay or bay at the bottom’ of the yagán language: ush (‘at the bottom’) and waia (‘bay’ or ‘cove’). The act of creation of the Subprefecture, which was the founding of the city in 1884, registered the name Oshovia, one of the many spelling variations of the word.

Curiously, the name represents an exception to the spelling rules of the Spanish language, the «s» forms a syllable with the following «u» despite the «h», perhaps that is why it is sometimes difficult to remember where the h goes and the correct pronunciation . It should not be pronounced “Ushuaía” because the accent is prosodic, and it goes in the first “a”.

Ushuaia is located on a bay and is surrounded to the north, east and west by the Fuegian Andes, therefore, it represents the only trans-Andean Argentine city, you must cross the Andes mountain range that runs along the southern edge of the Big Island of Tierra del Fire. To access Ushuaia by National Route 3, you have to cross the Sierra Alvear through the Garibaldi mountain pass and the Sierra Sorondo-Montes Bridges through the Olivia river valley.

The only Argentine trans-Andean city

In addition, another special characteristic of Ushuaia is that it has the only Argentine port on the Pacific Ocean according to the classification of the seas by the International Hydrographic Organization. However, this classification does not correspond to the Argentine nomenclature and regulation.

This is so, since due to the conflict over the Beagle Channel, the Argentine government at the time classified the channel as an inter-oceanic passage, so as not to contradict the signed border treaties. In addition, the port of Ushuaia is the closest to Antarctica, located at 680 mi (1000 km) from the coast of Antarctica and 152 mi (245 km) from the city of Punta Arenas, Chile. 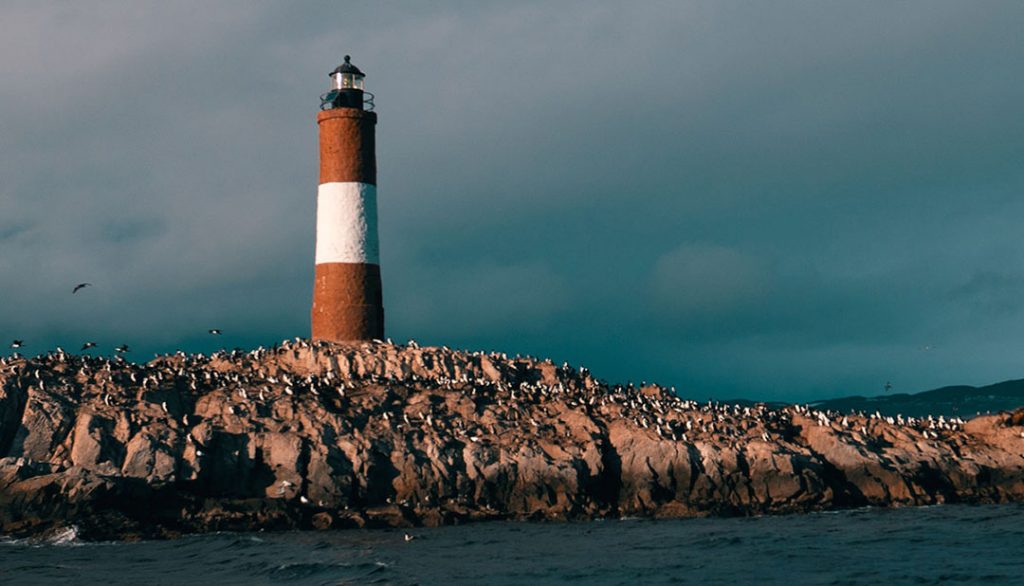 Ushuaia has a southern gastronomy, where the traditional Fuegian crab stands out, as well as haddock, sea bream, black hake, shellfish and fish, as well as the Patagonian cross roast lamb. Every year in winter, there is an event called “International Gastronomic Festival Ushuaia a Slow Fire” where gourmet circuits are held with tastings, cooking classes and training for professionals, where dishes based on lamb, mussels, spider crab, trout and toothfish.

I need to put Ushuaia on my bucket list.