The majestic Perito Moreno Glacier produces one of the most impressive natural spectacles in the world, when large pieces of ice fall due to the effect of the advance of the glacier on the waters of the lake. It is one of the most important tourist attractions in Patagonia.

For reasons that still continue to cause debate in the scientific community and despite the fact that most of the planet’s glaciers are retreating due to climate change and global warming, the Perito Moreno Glacier is one of the few glaciers that remains in a steady state because it continues to accumulate mass at a rate similar to its loss.

The glacier is located within the Los Glaciares National Park, in the province of Santa Cruz, in the Argentine Patagonia region, 78 km (48 miles) from the Perito Moreno Glacier is the town of El Calafate, also located 320 km northwest of the city of Río Gallegos, the capital of the province.  Los Glaciares National Park covers an area of 724,000 ha and has 356 glaciers in total.

Unique show in the world

The glacier is an ice formation measuring 250 km2 (97 square miles), 30 km (19 miles) long, has a front of 5 km (3.1 miles) in length, and emerges above the lake level about 70 m (240 feet), plus the total depth of the ice is 170 meters (558 feet). It is one of the 48 glaciers that derive from the Southern Patagonian Ice Field, this ice field constitutes the third largest freshwater reserve in the world.

The constant advance of the glacier at a speed of almost 2 meters per day and 700 meters per year, forms a dam with the waters of the Rico lake´s arm, producing a slope of the lake of up to 30 meters. Due to the pressure of the water, the ice leaks and then a tunnel is formed with a height of up to 50 meters. Every several years, -specifically in average of the last century; every four and a half years – the collapse of this vault occurs, producing an imposing and unique spectacle in the world, attracting tourists from different countries, being one of the greatest attractions of the Park. In recent years since the establishment of the international airport, there has been an important economic development in El Calafate, the international tourism represents an important source of income for the growing development in the region.

Life inside the Glacier

Surprisingly in the ice of the glacier lives a small insect called andiperla willinki. Also known as “the pearl of the Andes” or “dragon of Patagonia” it is a species of woodpecker, it spends its entire life on the ice. It measures about 15 mm and feeds on bacteria that live on ice brought by the wind. This insect was discovered in 1956 on the Upsala glacier by Aubert Willink, for many years it was believed to be extinct until 2001, it was found again, at a depth of 20m, in a Torres del Paine glacier.

Since its discovery and for many years, the area of ​​the glacier was in dispute between Argentina and Chile. Although in 1879, the British captain of the Chilean Navy Juan Tomás Rogers was the one who sighted the glacier for the first time and that some years later, Rudolph Hauthal, representative of the Argentine Limits Commission, also did. By the turns of history, when the boundary treaty between the two countries was signed, the glacier came under Argentine sovereignty. This was because certain norms were established, such as that the limit of both countries in the Andes mountain range is up to the 52nd parallel and that the lakes of the Atlantic slope would remain in Argentine jurisdiction and those of the Pacific slope, would remain in the territory of Chile.

In 1899 after several years of research, collection of archaeological material and survey of the area, the Argentine Lieutenant Iglesias, in charge of the studies for the Argentine Hydrographic Institute, called him “Perito Moreno”, in homage to Francisco Pascasio Moreno in charge in the Boundary Commission between Argentina and Chile, known as “the expert” for his extensive knowledge of the region. He was a pioneer who studied the region in the 19th century and his studies played an extremely important role in establishing the defense of Argentine territory in the border conflict with Chile.

The Glaciers National Park has specially designed walkways to view the glacier from 400 m away, this circuit allows visitors to see the southern flank and the eastern edge of the glacier. In addition, excursions can be hired to navigate in the vicinity of the glacier or to walk on the ice of the glacier with special clothing and footwear and the supervision of trained guides with extensive knowledge of the area. The tours are a “mini-trekking” option, with a short walk option of an hour and a half and another option that usually lasts about five hours. 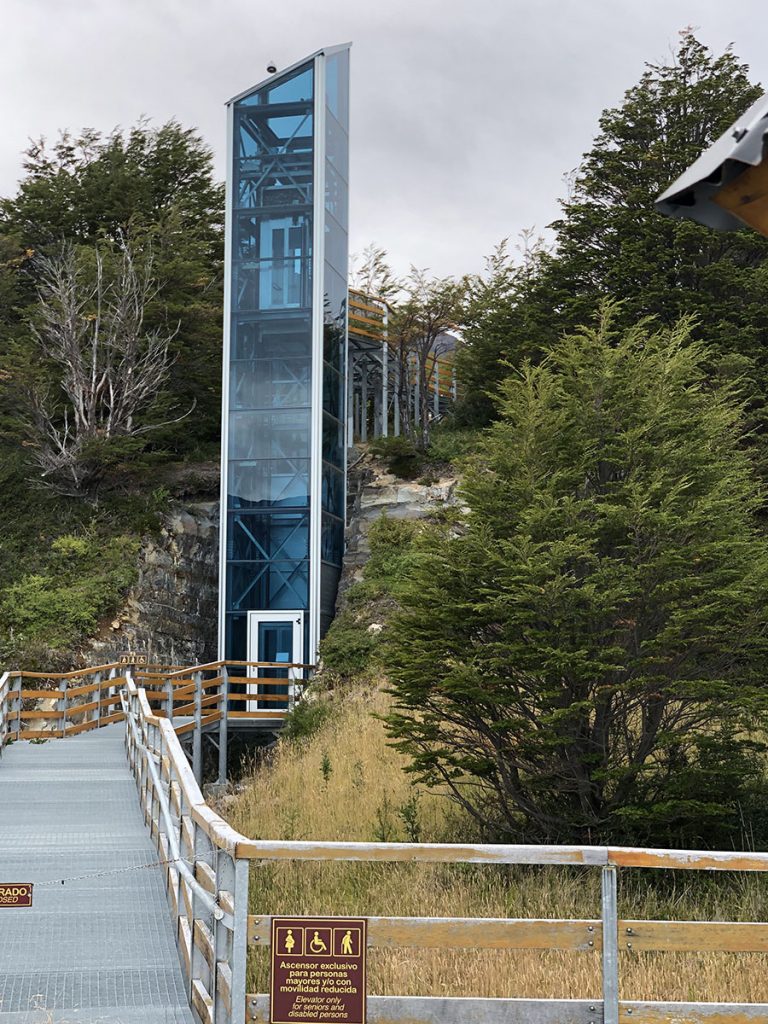 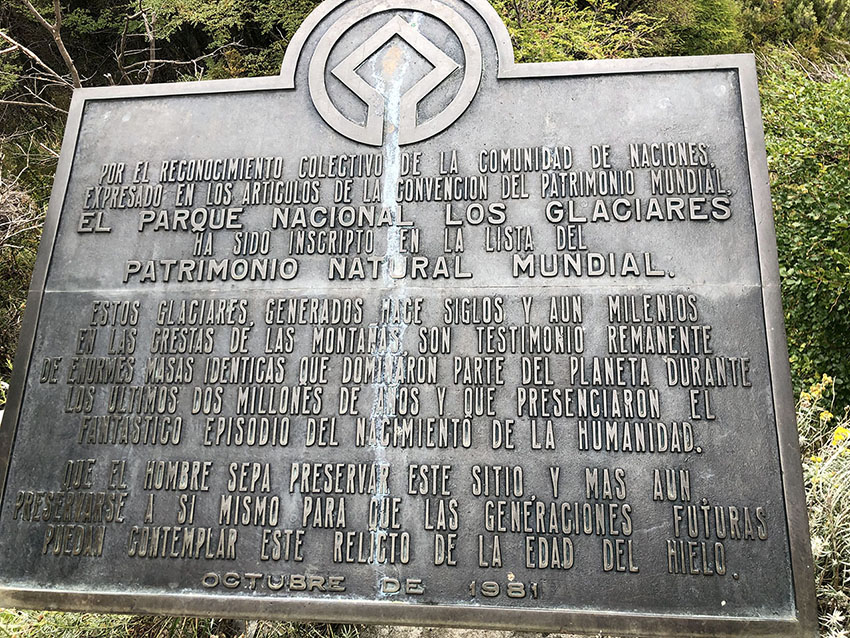